Review: Made In Nashville by Mandy Baggot Plus Giveaway (Blog Tour) 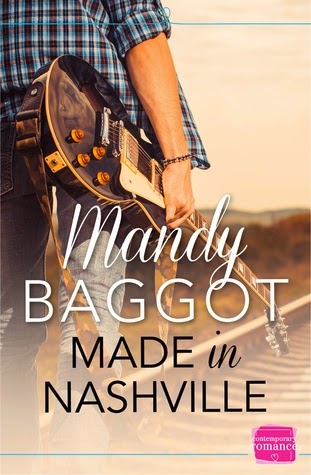 An on-stage attack left Honor Blackwood with more scars than just the one on her face. It’s been ten years since she left her spot as Nashville’s brightest country music star. Is now the time to return? And is she brave enough to do it?

Country rebel and rock star, Jared ‘Jed’ Marshall is hot property on the Tennessee music scene in more ways than one. He’s wild, he’s sexy and everybody wants a piece of him. But when he sets his sights on Honor, is it pure attraction or just distraction on his mind?

Honor’s record label sign the ex-boyfriend that dumped her and suddenly going back to her old life is harder than she thought. Can she get a new contract? Will she get to perform at the Marlon Festival? Or will Dan Steele destroy everything?

When a secret from the past becomes public knowledge it’s no longer just about the music. Are all the people in her life lying to her to get what they want? And who is really behind the anonymous gifts she keeps getting sent?

Join the country scene to find out!

I was hooked from the opening pages as Mandy Baggot throws you right into the action starting with the 2004 attack on stage that scarred main character, Honor Blackwood.

At just 18 years old, Honor was quickly making a name for herself, she had the voice of angel and was all set to become a big star on the Country Music scene. Everything changed for her in a split second when a crazed fan attacks her on stage scarring her for life. To make matters worse her boyfriend dumps her leaving her an emotional mess, scarred on both the inside and the outside.

The Jared 'Jed' Marshall walks into her life and a return to the big time looks to be just around the corner. Jared is the bad boy of the country music scene and he is looking for a support act for his upcoming tour, after hearing Honor's voice on the radio his sights are firmly set on her to be his new support act.

Honor has spent the last 10 years hiding away, avoiding the country music scene as much as she could. Then one day, Jared walks into her life and his persistence is just enough to give her the push she needs and allow her to refind herself and her voice.

The story is told from both Honor and Jed's points of view, I love this as you get a better feel for the characters and develop a deeper understanding of them. There is an undeniable attraction between Jed & Honor and the chemistry sizzles between them. I love Honor's vulnerability, she finds it hard to trust anyone and really puts herself out there with Jared. She is one of those characters that you just find yourself rooting for, you want her to be able to final live her dream and to find her voice again.

Jared is incredibly hot-headed and wears his bad boy persona well, his anger is really brought to the forefront when he is around rival, Dan Steele. Jared is very likeable even with his temper especially when he is happy to take a back seat when it comes to Honor. There is a wonderful air of mystery around Jed, why does he wear that cap? Why did he end up in juvie years ago?What is the big secret from his past that he is so desperate to protect?

I couldn't put Made In Nashville down and Mandy left me craving country music and reaching for the controller to find season one of Nashville. Mandy builds great tension and the book has a couple of fantastic plot twists. The plot was solid and as well as the romance between Honor & Jed you have the mystery surrounding not only Jed's past but also the person who has been sending Honor gifts. Honor's & Jed's passion for music shines through in Mandy's writing and I feel that there is more story to tell here. So Mandy ever think you might revisit Nashville? 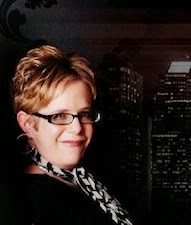 Represented by Kate Nash of the Kate Nash Literary Agency she is also a contributor to writing blogs, magazines and short story anthologies and regularly takes part in fiction festivals and literary events.

Mandy loves mashed potato, white wine, country music, Corfu, shoes and handbags. She has appeared on ITV1’s Who Dares Sings and auditioned for The X-Factor.

Mandy is a member of the Romantic Novelists’ Association and lives near Salisbury, Wiltshire, UK with her husband, two daughters and cats, Kravitz and Springsteen.


a Rafflecopter giveaway
Posted by Unknown at 09:00