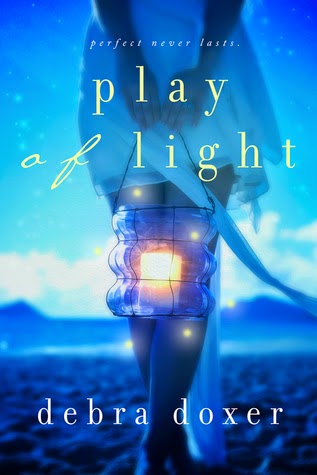 
I jumped at the chance of being involved on Debra Doxer's blog tour for Play Of Light. Initially I was drawn by the cover, how pretty is that? And then I was intrigued by the blurb, there was something about it that made me know I just had to read this book & it certainly didn't disappoint. The book came out yesterday so go buy it.


I lived in paradise, and I loved Spencer Pierce.

At fourteen, my life was perfect. The beach was my playground, and the boy who stole my heart lived just around the corner. But perfect never lasts. In one horrifying moment, I lost it all. My family was destroyed, and the boy I believed in turned his back on me. Paradise became a nightmare.

That was five years ago. Everything changed when we moved from our home by the sea. I’ve changed, and I don’t like who I’ve become. I miss the smiling, carefree beach girl who disappeared that terrible night. I want to find her again. I want to face the people we ran from so long ago. Most of all, I have to face Spencer. So I can prove that when he broke my heart, he didn’t break me.

But when I see him again, Spencer Pierce is no longer the boy from my memories. He’s now a man who could devastate me if I let him. He watches me when he thinks I’m not looking. There’s regret written on his face when he’s near. Each time I see him, my heart aches for what might have been, and I think his does too. How can I convince myself I’m over him when I suspect he never got over me?

~ This is a standalone story. ~

Oh where to start with this book? It had it all - mystery, suspense, drama, childhood crushes, love, romance, tragedy. It is easily one of the best books I have read in 2014 & I have read a fair few books.

Sarah first meets Spencer when he rescues from some local bullies on the beach one day. She was 12 years old & he was a couple of years older but she immediately fell for him & from then on he became all she thought about. Spencer Pierce ended up in town after losing both his parents to live with his Uncle Jackson, he's a troubled individual with many secrets. Sarah lives with her family, her father is the local police officer and for some reason he takes great issue with Spencer's uncle.Sarah's dad is all about justice and what is right, he's a totally good man through and through. So just what hold does Uncle Jackson have over the police?

Sarah becomes Spencer's confidante, he shares his deepest, darkest secrets with her and she lives for the moments that the spend alone together. He seems to be aware of the crush that Sarah has on him but he is older, in the same year as her sister and doesn't seem to feel the same way about Sarah as she does about him. A secret friendship that no one knows about and that makes it even more magical for Sarah.

One night Spencer shares something so painful that Sarah just can't bear his secrets on her own any more so she turns to the one man she knows can help, her father. Unfortunately telling him changes her world forever as tragedy strikes. A tragedy that sees Sarah & her family flee town without a second thought.

There would be no closure for me with Spencer. His loss was one I would carry with me forever because I'd not only lost him, I'd lost the dream of him, which in a way was a greater loss.


Play of Light is set in both the past & present and in the present we see Sarah returning to her home town, her once paradise before heading off to college. She wants to try & find peace and closure for what happened 5 years ago. What she isn't expecting is to run smack back into Spencer again. And she certainly isn't expecting to still have the same feelings for Spencer, she thought that she had left the attraction in the past.The final unexpected twist for her is that Spencer actually feels the same. In her search for justice and closure she uncovers a big secret and in order for her to get the closure she needs the truth needs to come out no matter who might get hurt in the process.

Spencer was beautiful to look at as a kid, but as a man he was absolutely devastating

I really couldn't put this book down & ended up reading it all in one sitting. It was filled with so much suspense & so unpredictable that you just had to keep reading to find out what happens next. The plot moves quickly taking us back to the past to show us where Sarah & Spencer's relationship started and how it has evolved. There is so much history between the two that is impossible for them not to be drawn back together.

Play Of Light is a powerful, suspenseful read - a love story that is so beautifully written. I was totally captivated and smitten by Sarah & Spencer's story, totally immersed in their world from start to finish. It's a coming of age novel that is both heartbreaking and joyful, you feel both Sarah & Spencer's pain & love for each other deeply.

Both of the leading characters were strong & driven and there was so much to love about them both. Present day Sarah is resilient and determined but I also loved the sweetness and innocence of young Sarah, when she had her crush on Spencer it was almost as if she felt his pain. Her naivety and how smitten she is took me right back to my own 15 year old self, right back to my first love. Then there is Spencer he is a heady mix of so many things - he's charming, sexy, funny, protective and sweet. Spencer has an intensity about him one that comes with so much pain. Spencer is so damaged by his past, he doesn't feel worthy so can he ever love someone. Sarah is as passionate about her art as Spencer is about his music. Sarah & Spencer's journey is incredible, they are soul mates fighting their way back to each other but do they both have enough fight left in them.


The feels that this story gave me were intense & I loved the added mystery it made the book really stand out from all the other books in this genre. Debra Doxer had a wonderful ability to capture emotions through her writing & at times it was quite beautiful. She tugs at your heartstrings and leaves you wanting more, revealing only what she needs to with secrets tricking out helping to build the tension. Debra Doxer is certainly an author I will watch out for & you should too.


Check out the rest of Debra's blog tour here 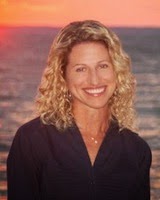 Debra Doxer was born in Boston, and other than a few lost years in the California sunshine, she has always resided in the Boston area. She writes fiction, technical software documents, illegible scribbles on sticky notes, and texts that get mangled by AutoCorrect. She writes for a living, and she writes for fun. When her daughter asks when she’ll run out of words, her response always is, “When I run out of time.”

Connect with Debra. She loves hearing from readers.

a Rafflecopter giveaway
Posted by Unknown at 07:00